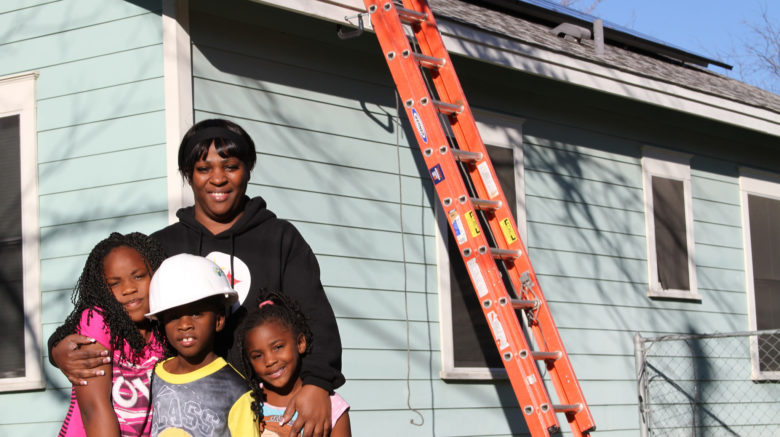 Homeowners who go solar will see some changes to their utility bill. You will still get a monthly statement from your utility, but won’t be actually billed for your electricity usage until the end of the year, when you get your annual “True Up” Statement.  The True-Up Statement will include your annual utility bill, and a summary of your net electricity use.

A Bit of Solar Background

All utility customers have a meter which reads off how much power you use and when, so the utility can bill you appropriately. As a solar user, you don’t just get power from your panels. You also send power back to the grid. And most people still need to use some electricity from the grid. You pay the net of energy you use from the grid minus the solar energy you send to the grid. That process is “net metering.”

During high solar production months, this number might be negative — that means your solar panels produced more energy than you consumed. In those months, your extra energy will be sent back to the grid and “banked” as a credit for you to use in the future.

During low production months, your net energy might be a positive number — that means you had to consume some electricity from the grid. In those months, any extra energy credits you previously “banked” will get applied at the retail rate.

No matter what, you will always incur monthly charges for grid usage and connection fees. In addition, your monthly bill will also list your net energy usage. It will read as either a charge or a credit. These charges and credits are carried through until True-Up.

What is the Annual True-Up?

The True-Up statement is what solar consumers receive after a 12-month billing period with the utility.  The True-Up reconciles all the cumulative energy charges and credits and compensation for an entire 12-month period.  If a balance is due after all credits and charges are reconciled, the amount will appear on the True-Up statement. Make sure to remember that you might need to pay a True-Up and set aside some of your solar savings for that. We have heard of folks who completely forgot the True-Up existed and got smacked with a big unplanned bill at the end of the year because they used a lot more power than they thought.

At True-Up, you may be entitled to compensation for surplus energy – if your system produced more energy than you consumed over the 12-month billing cycle. The rate of compensation is set by the California Public Utilities Commission at somewhere between 2 to 4 cents per kilowatt-hour.  To receive compensation, you do not need to do anything and the amount due will be calculated into your final True-Up bill.

What about simply rolling over your surplus energy credits to the next year? Nope, at least for most utility customers (we have heard Southern Cal Edison has started to allow rollovers), it is “use it or lose it”.

Wait. If I am Sending the Utility More Power Than I Am Using, Shouldn’t THEY Be Sending ME A Check?

In an ideal world, yes, that’s the way it should work. But the utilities, which see rooftop solar as a threat to their monopoly, lobbied for this lower rate to disincentivize homeowners from purchasing really large solar systems and selling back lots of extra solar energy to the grid at the retail rate. Even though that would be great for society, and be lucrative for many solar users, it would also make more competition for the utility.

Jim Jenal from Run on Sun told us about a client who moved out of the house for a one-year remodel right after installing solar. During that year, the client only used energy to charge power tools. At true-up, the client had accumulated a significant amount of surplus energy credits. At the retail rate, it would have been worth $1,000, but the actual payout was just a fraction of that.

Shameless plug for joining Solar Rights Alliance: Right now, the utilities are lobbying state regulators to gut the net metering program and slash the credit even further. Solar users need to pay attention and speak up to protect the existing policies, because the utilities are always looking for ways to chip away at solar.

Your True-Up statement will include:

What is the Difference Between My Monthly Bill and My True-Up Bill?

After going solar and knowing you will have an annual True-Up bill, consumers often ask why they still receive a monthly utility statement.  Monthly statements from the utility includes minimum monthly due delivery charges. Since the utility still owns the grid your electricity is being transported through, associated fees are included and charged.  Additionally, the monthly bill allows homeowners to track toward the annual True-Up, with a snapshot of current and year-to-date charges and credits.

A Learning Curve at True-Up

One of the major difference that homeowners and commercial owners will see once they go solar is the difference in their billing cycles with the utility.  Taking a few minutes to understand the difference between a standard bill and a bill that you will see once you go solar, on both a monthly and an annual basis is important. And keep in mind, if you find you still have lingering questions regarding your bill, reach out to your local solar installer for additional guidance to ensure you are confident in the documents you receive from the utility.