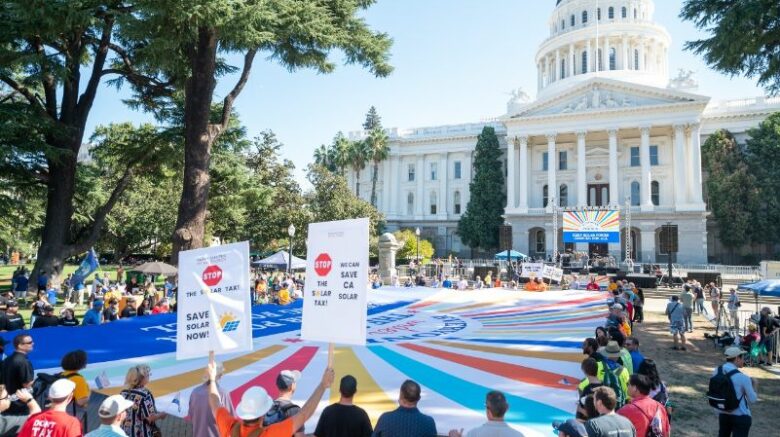 Three nonprofit organizations have appealed the California Public Utilities Commission (CPUC)’s December 2022 decision to eviscerate the state’s rooftop solar program. The appeal outlines several ways in which the CPUC’s decision violates both the law and their own rules, and argues that the CPUC’s decision must be reheard and reversed.

To be clear, the appeal is administrative, meaning it is directed at the CPUC itself, not a court of law. Depending on how the CPUC responds, the matter could be escalated to a court of law. The CPUC is under no time limit to respond to the appeal, and may drag the timeline out.

Who filed the appeal

The appeal was filed by the Center for Biological Diversity, Environmental Working Group and Protect Our Communities Foundation. These groups are rooftop solar allies who last year worked side-by-side with nearly 200,000 Californians, Solar Rights Alliance and 600 other nonprofits, cities and schools to stop the utilities and CPUC from killing rooftop solar.

Why they filed the appeal

While we collectively stopped the Solar Tax and protected the 1.5 million existing solar investments, we could not stop the CPUC from slashing by 75%-80% the credit that new solar users will get for sharing their extra solar energy with the grid. Other states that have made similar cuts saw solar adoptions drop by half or more. There is no reason to think California will be any different. Solar will become less affordable for millions of working people just when we should be making it more affordable.

Details of the appeal

The appeal outlines five ways in which the CPUC’s decision violated both the law and their own regulations, doing great harm to working communities around the state.

1. The CPUC decision violates the law requiring the sustainable growth of rooftop solar in California.

2. The CPUC decision violates the law requiring them to put forward an alternative that increases solar adoptions in working class communities.

3. The decision violates CPUC rules by failing to account for all of the benefits and costs of rooftop solar and batteries.

4. The decision makes it impossible to accurately measure its impact.

5. The decision violates CPUC rules by slashing the solar program for churches, schools and businesses without basis.

To reiterate, this is simply an administrative appeal to the CPUC itself. The CPUC is under no time restraint to respond. At some point, the parties filing the appeal may decide to escalate the appeal to a court of law. We are following this very closely and will post updates as they happen.