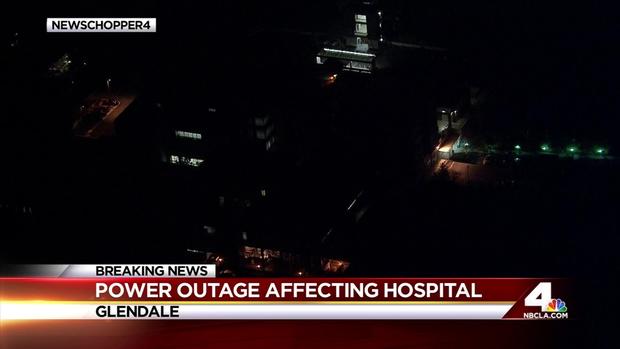 The lights went out on millions of people this fall. This doesn’t need to be the new normal. Here are four things to know about how we can protect our homes and communities from power outages, and five actions our leaders should take to get us there.

1) Our electrical grid is fragile. Solar and battery storage should be a key strategy to move us forward

During a recent power outage, Cassina Tarsia of Oceanside kept her power on because of her solar and battery storage system, according to the LA Times. That’s good because Cassina needs power to keep her wheelchair charged.

As outages rip across the state, small pockets of homes, businesses and critical facilities with solar and battery storage are keeping their lights on.

The best way to outage-proof our communities is to reduce the barriers to getting solar and battery storage.

That’s not only a solution for individual homes and businesses. It is a solution for the community. When a critical mass of any neighborhood or town has solar and battery storage, it generates enough extra power to keep the community running, even during an extended outage.

To be clear, the utilities still play a role in this scenario. But it is a different role than the one they play now. Right now the utilities are the primary electricity source, piping electricity in from far away. Their job should change to become mainly focused on connecting self-sustaining communities together, and delivering extra backup power from outside the community when needed.

So what’s the holdup?

The utilities like their current monopoly, and do not want to give it up. So they engage in a relentless attack on rooftop solar and storage. This is the main obstacle to a rapid expansion of solar and battery storage.

The utility attack on solar can be boiled down to these five things:

Utilities are now going further, trying to hit solar users with discriminatory monthly fees. It is the same as charging you an extra fee for using LED lightbulbs instead of conventional ones.

In March, solar users stopped the Sacramento utility (SMUD) from charging solar users $60 a month or more just for having solar. Now San Diego Gas & Electric customers are fighting a proposal to quadruple their monthly bill.

Cuts to the credit solar users receive for their solar energy

We’re bracing for an all-out statewide attack on the net metering credit by the three major statewide utilities.

Meanwhile, the Redding utility just tried to slash the credit their solar customers from the retail rate to just $.03/kilowatt hour. A public outcry prompted their City Council to delay the decision. That’s good, but only underscores how utilities of all sizes are trying to kill net metering.

There’s no better way to illustrate this than to hear it from solar users:

Lobbying to keep solar off of newly built homes

SMUD, the Sacramento area utility, is pushing to gut the state’s new “Solar Homes” plan to put solar panels and batteries into new home construction. SMUD’s “alternative” plan instead locks new homeowners into being 100% dependent on SMUD for at least twenty years, and denies thousands of new homeowners and renters the savings and security of rooftop solar and battery storage.

State officials recently put the brakes on SMUD’s efforts, but only after a massive outcry from local consumers.

Misinformation about solar to powerful lawmakers, backed up with massive campaign contributions

The claim is bunk. If that’s true, then anyone who, for example, puts in more insulation to cut their heating bill is also responsible for spiking electricity rates.

In fact, solar is saving everyone money. The officials who run the electricity grid estimate that rooftop solar (and efficiency) saved the state an eye-popping $2.5 billion in avoided transmission line upgrades. Here are eight other ways solar saves everyone money.

Almost every utility is complicit in these attacks, both private utilities like PG&E, San Diego Gas & Electric and Southern California Edison, and public utilities like the Sacramento Municipal Utility District (SMUD). Here are letters of opposition to the Solar Bill of Rights from SMUD and the association of SoCal utilities.

3) State lawmakers had a chance to stop the utility attacks. They listened to the utilities instead.

This year, state lawmakers had a chance to pass a “Solar Bill of Rights” that would have stopped these utility attacks.

The Solar Bill of Rights was introduced with support from state Legislators in both parties. Our supporters argued that if the state was serious about reducing the effects of wildfires and power outages, it had to stop the utilities from attacking rooftop solar.

The grassroots agreed, flooding lawmaker inboxes and phone lines with messages of support.

Then the utility lobbyists struck. They convinced the higher powers in the state Legislature to kill the Solar Bill of Rights. And that was that.

Here’s a blow-by-blow of this year’s Solar Bill of Rights campaign. It was a great first try, and we are not giving up!

4) There is always redemption. Here are five actions state officials should take to protect the public from future blackouts.

The state should remove red tape and other obstacles so that local communities can quickly build “Virtual Power Plants”. More households would be encouraged to quickly and easily install solar and batteries. The extra power would get stored and used locally. The utility would still provide backup power when needed. But when the utility fails, the community could still keep its lights on.

Right now, the utilities make money by building transmission lines and recouping those investments from you at a profit. Their incentive is to build more infrastructure that you have to depend on – whether you need it or not.

Instead, the utility role should be restructured, so that it’s primary job is to help you and your community become more independent from the centralized grid. They still would get paid to maintain the wires, and to supply backup power as needed. But it will be a different role altogether – one that puts your interests first.

There’s many more ideas on how we can accelerate the pace of solar and storage and we’ll keep sharing them in this pages!

Fast Company Magazine: To keep the lights on during California’s blackouts, people are using solar power