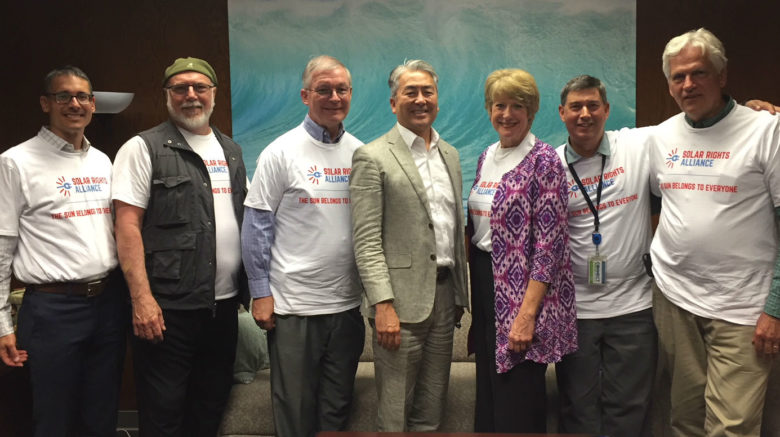 Towards the end of September 2018, Governor Brown signed Senate Bill 700, which will make it cheaper for you to store your extra solar energy at home in a battery. This way you can use your own free energy at night, instead of buying the utility’s expensive electricity.

To recap, batteries are still pretty expensive. SB 700 would extend a rebate for residents who purchase a battery storage system. The rebate will go away in five years, enough time to drive the price down. This is the same way solar panels became affordable.

The rebate is called the Self-Generation Incentive Program, which pays rebates based on energy storage capacity. It was put into place several years ago, and has been slowly helping drive the cost of storage down. SB 700 extends the program for another five years with an additional $700 million. Because this simply extends an existing rebate, it does not raise taxes or rates.

To understand how impactful SB 700 could be, consider these two charts. The first shows how the solar rebate launched in 2006 ending in 2016 drove down solar prices. The second projects how SB 700 will do the same.

None of this was preordained. The utility industry has been lobbying to kill this incentive program for two years. Last year, they did succeed in halting the legislation. But our side kept pushing.

In fact, our side had to keep pushing right up to the last week in September. It had been nearly a month since the legislature approved SB 700 but Governor Brown still had not signed the bill. Concerned, we alerted Solar Rights Alliance members. Within 24 hours, over 500 members wrote or called the Governor, who signed the bill a day after our mobilization. Nice job Solar Rights Alliance members!

All this is great news, but of course, you’re probably wondering if battery storage is right for you. Head over to our post on this topic — we’ve got six tips to help you figure it all out.

Again, nice job. This is a great example of what solar users can do when we speak together.