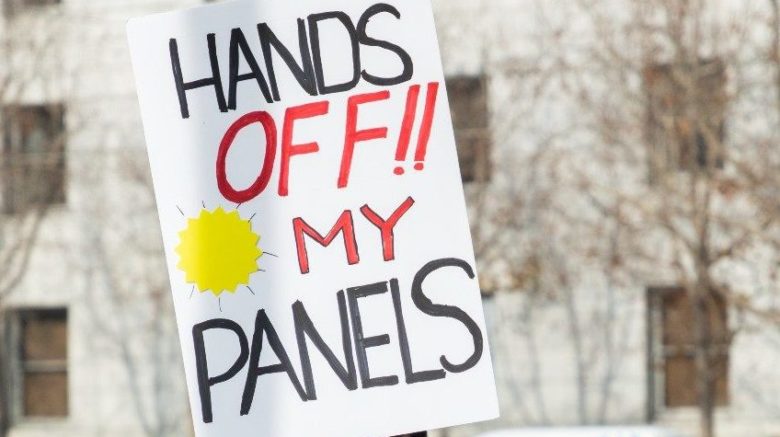 Get the full White Paper: The Utility “Cost Shift” Fallacy: How the utilities use tricky math to vilify rooftop solar

The continued growth of rooftop solar and battery storage is key to a successful clean energy transition that puts the needs of the public at the center, with lower costs, protection from blackouts and quicker pollution reductions than if we simply double down on more long-distance energy.

The most detailed modeling available shows that integrating lots of local solar and storage with large-scale renewables as part of the clean energy transition could save Californians $120 billion over the next thirty years. These savings occur because local distributed energy reduces the price tag of long-distance power lines and peak demand infrastructure. It does not eliminate it altogether. But it reduces their risk and expense, with major economic benefits flowing to individuals and the community.

California utilities have a different story: they claim that rooftop solar is bad for California

Utilities claim that solar users impose an annual cost of $3 billion on other ratepayers. They say this “cost shift,” as they call it, happens because solar users don’t pay their fair share for the electrical grid, that the credit solar users receive for the energy they share back to the grid is overvalued.

The utility claim is unsupported by the evidence, and as this paper shows, is created by using three questionable accounting fallacies.

How the utilities justify their claim: Three accounting fallacies

The utilities base their claims on studies they perform regarding the value of rooftop solar energy. They create computer models that purport to account for the value to ratepayers of each kilowatt-hour of solar energy generated by on-site solar, both in the past, present, and future.

These irregular accounting methods help the utilities deflect attention from the root cause of California’s ever-rising electricity bills – the escalating costs of long-distance power lines. California’s utilities are incentivized by the government to maximize spending on this infrastructure, reaping a guaranteed 7-10% profit margin for every ratepayer dollar spent. This perverse incentive, coupled with lax regulatory oversight, has led to a massive spending spree by utilities — all shouldered by ratepayers.

California utilities and their allies are now pushing to make their failed system the exclusive path forward in California’s high-stakes effort to switch to 100% renewable energy and fully decarbonize the economy.

Doubling down on this centralized system and excluding consumer choice and prosumer solutions like rooftop solar is a recipe for failure. This is not a zero sum game. California needs all clean energy and decarbonization strategies on the table. And, as noted earlier, the data points to a much better way.

The utilities’ “cost shift” claim is promoted by a small group of seemingly independent utility allies in coordination with the major investor-owned utilities. These include organizations who should know better, but for one reason or another have chosen to align with the utilities: the Haas School of Business at Berkeley, Natural Resources Defense Council (NRDC), The Utility Reform Network (TURN), Public Advocate’s Office at the California Public Utilities Commission (CPUC), AARP and utility-favored consulting firms like Energy & Environmental Economics (E3) and Verdant Associates.

Each of the organizations listed above use the same accounting methods outlined earlier to justify their position, in many cases referring to each other in a circular pattern, and in one instance, simply using the utilities’ raw calculations.

Conclusion: Rooftop solar saves all ratepayers money and should be expanded, not blocked. The real “cost-shift” is our continued reliance on PG&E and the other profit-driven utilities.

The public, and the environmental and social justice community, are overwhelmingly in support of continuing to grow rooftop solar and battery storage, and have rejected the claims made by utilities and their echo chamber.

Given the irregular accounting fallacies identified in this paper, we urge members of the news media, policymakers and the public to closely examine the cost shift claims  to understand their false and illogical underpinnings. The cost shift claims should be rejected rather than given any further credibility.

Get the White Paper: The Utility “Cost Shift” Fallacy: How the utilities use tricky math to vilify rooftop solar