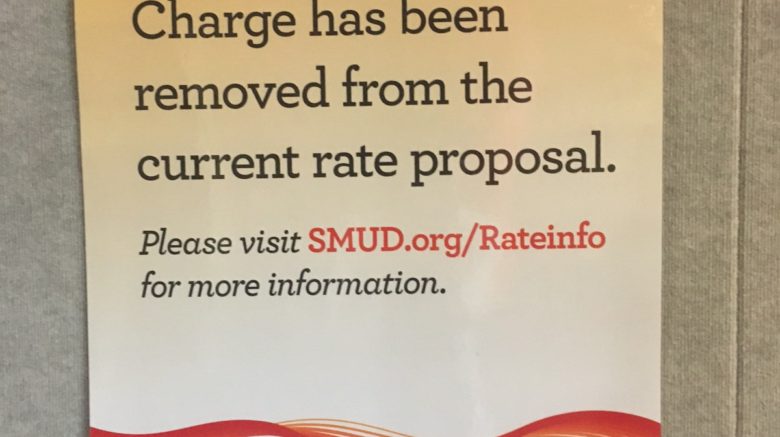 In April, the Sacramento-area utility withdrew a terrible anti-solar fee after over a thousand local solar users spoke out. It was a triumph of people power, but underscores how none of us are safe from discriminatory fees that punish us for doing the right thing.

At issue was a proposal by the Sacramento Municipal Utility District (SMUD) to hit its solar customers with a new fee of between $40 and $60 a month on average. Solar-powered businesses, which often have much larger solar systems could have paid hundreds more each month.

What’s next, a tax on LED lightbulbs?

We disagreed, arguing that charging people for buying less electricity punishes people for doing the right thing. It would be the same as taxing people for using LED lightbulbs or turning down their A/C.

In addition, SMUD ignored the many ways solar benefits all ratepayers:

Fortunately, word got out quickly, and over Easter Weekend, over 1,200 solar users flooded SMUD officials’ inboxes with appeals to drop the solar fee proposal. Dozens of customers packed a SMUD hearing room to speak out against the fee.

Shortly after, SMUD officials announced they were withdrawing their proposal.

The threat remains…in Sacramento, and statewide

That’s great, but what about every other California utility? Are we going to have to fight off these discriminatory fees forever, one utility at a time? Shouldn’t our elected officials stand up for us?

This is exactly why we need the Solar Bill of Rights

The Solar Bill of Rights (SB 288) would, among other things, prohibit utilities from charging fees that discriminate against solar users — exactly what SMUD tried.

Not shockingly, every California utility (including SMUD) is lobbying to kill the Solar Bill of Rights. That’s because they want to keep the power to charge surprise discriminatory fees on solar users.

Instead of figuring out ways to punish their solar customers, utilities should encourage customers to choose solar and battery storage. That’s not far-fetched. One Vermont utility is helping its customers cover the up-front payment for installing battery storage.

People power is the only way to overcome the monopoly

It bears repeating: over one thousand solar users spoke out over Easter weekend to stop their local utility from punishing solar. Some customers went above and beyond that, posting information on NextDoor, attending hearings, and even canvassing the solar homes in their neighborhood.

People power is awesome, and it works.