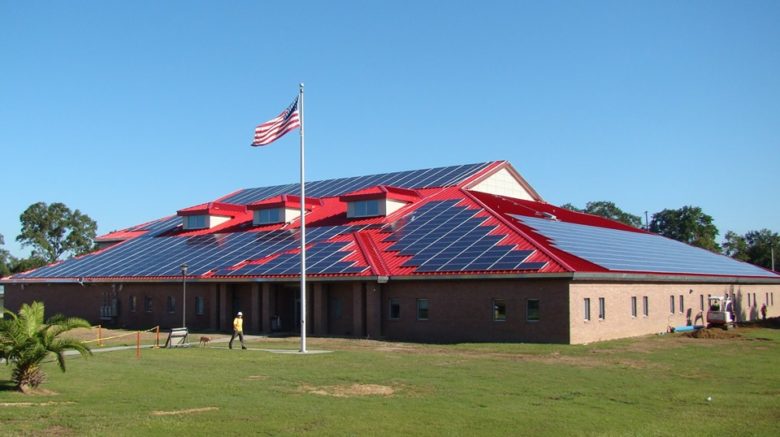 Utility lobbyists killed the bill to protect your right to make solar energy without unfair fees or red tape, but they can’t kill the idea. With more wildfires, blackouts and budget-busting electricity prices on the horizon, we need a Solar Bill of Rights more than ever. Your voice is key to stepping up the pressure and succeeding.

It is time for a Solar Bill of Rights

You have a right to make energy from the sun on your property without unreasonable interference by the utility. California utilities attack this right with interconnection delays and discriminatory fees. The Solar Bill of Rights would stop utilities from making these attacks.

The Solar Bill of Rights came out of the gates strong, thanks to you

In February, homeowners, renters, farmers and school officials joined a bipartisan team of lawmakers on the steps of the State Capitol to launch the campaign, with freshly written legislation to codify the Solar Bill of Rights into law (Text of the bill as originally introduced – Section 4(c) is the guts of the bill).

Thousands of solar users like you signed petitions, emailed and called your state lawmakers in the weeks that followed.

This culminated in April, when over 50 solar users packed a hearing room at the State Capitol to testify in support of the Solar Bill of Rights (below photo).

A panel of state senators (Energy Committee) listened, and voted unanimously to advance the bill to the next step in the political process, despite powerful opposition from a handful of utility industry lobbyists.

Stunned by their initial loss, the utilities realized the Solar Bill of Rights was too popular to defeat in a public forum. So they went into the backrooms of the State Capitol instead.

Solar users fight back with democracy

Undeterred, solar users across California rolled up their sleeves and got to work, calling on state lawmakers to restore the Solar Bill of Rights.

Hundreds of you emailed or called your lawmakers’ offices, while teams of solar users visited 20 lawmakers’ local offices across California to make a face-to-face case for the Solar Bill of Rights.

Solar users’ stories raise the profile of the issue

We also wanted as many people as possible, from both inside and outside the State Capitol, to hear the perspective of solar users.

– And because local newspapers still matter to elected officials, over 100 Solar Rights Alliance members submitted opinion letters to their local papers, like this one published in the Desert Sun.

Pro-solar Senators take a stand for the people…

Hearing the grassroots outcry, five pro-solar state lawmakers asked one of the most powerful lawmakers in California to include the Solar Bill of Rights in the wildfire prevention bill.

In their request to Senate Speaker Pro Tempe Toni Atkins, the five senators restated our case: Solar users help the state reduce wildfire risks by lowering burdens on the grid. And, when people also have battery storage, they can also protect themselves from blackouts.

…but they were outgunned by utility industry lobbyists

In July, Solar Rights Alliance Executive Director Dave Rosenfeld and other pro-solar advocates took our case to Gov. Gavin Newsom. In a meeting with high-level advisers to the Governor, we asked if he would publicly support more action to protect and expand rooftop solar in California.

However, the meeting was inconclusive.

You got the Solar Bill of Rights this far. Keep it up.

Few things at the State Capitol pass on the first try. In the past, we’ve had to fight for two years or more to prevail over the utilities.

In that context, your efforts put the Solar Bill of Rights on the map. We intend to keep pushing. Will you?

It’s pretty outrageous. The utilities got state lawmakers to spend billions of dollars in public money to make the grid safer and more reliable, but killed the one thing that would empower citizens to help solve the problem themselves. And lawmakers went right along with it.

For the rest of the summer, we want to expose the utility attack on solar, and challenge state lawmakers and Gov. Gavin Newsom to do something about it.

California utilities killed the #SolarRights Bill, the one thing that would have helped more people avoid power outages. Lawmakers stood aside. Will @GavinNewsom defend solar from utility attacks? @solarrightsalliance

Don’t have a social media account? Write a letter to the editor of your local paper.

All these power outages, and neither the utilities nor politicians have any solution except “be prepared”. It is odd that no one is talking about helping more people make and store solar energy at home. It’s the only solution that allows people to both keep their lights on and reduce their burden on an overburdened grid. Instead, California utilities lobbied to kill the ‘Solar Bill of Rights’, which would have ended utility attacks on solar, including red tape and discriminatory fees. Lawmakers stood aside. Will Gov. Newsom step in and defend solar from utility attacks? Stay tuned.

Signed, [Your Name and Town]

Nice work so far, and onward!