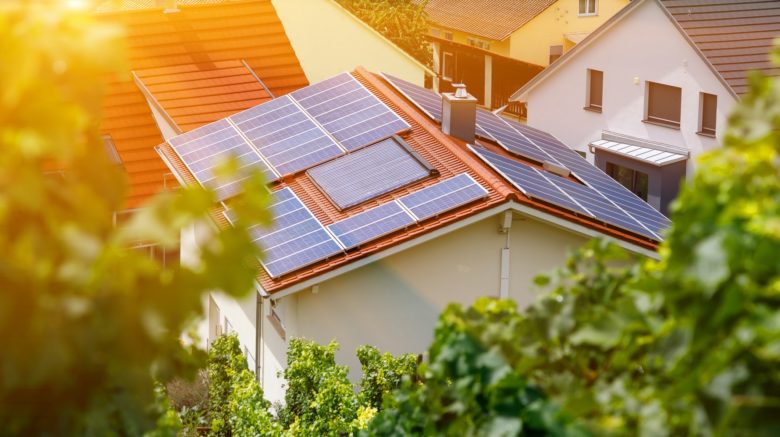 The CA Energy Commission voted last week to approve SMUD’s SolarShares proposal, which we predict will effectively block solar on most new homes in Sacramento area for twenty years. Many other utilities around the state supported SMUD’s proposal and we suspect they will seek the same deal.

This, despite opposition from the hundreds of community members in Sacramento and around the state.

Expected outcome: Most newly built homes in Sacramento will not have solar and battery storage for twenty years

We were surprised at the misinformation SMUD pumped out last week. Here’s some of the top things we heard, and the facts.

Fact: SMUD’s terms and conditions make it near impossible for most SolarShares homeowners to add solar in practice. That’s because homeowners locked into SolarShares won’t receive “net metering” if they install their own solar. That’s the credit solar users receive for the extra solar energy they send back to the grid. It’s how solar pencils out for most solar users.

SMUD Claim #2: If a SolarShares homeowner increases their electricity use by purchasing an EV, for example, they could add solar, with net metering, to cover that additional load with a small solar system.

Fact: That’s true and reinforces our point: SMUD should get out of the way with all these restrictive terms and conditions, let people install as much solar and storage as they’d like and credit the solar users for any extra energy they give back to the grid.

SMUD Claim #3: SolarShares is a “community solar” program that brings solar to people who can’t otherwise afford or access it.

Fact: Putting solar on new homes saves the homeowner money by cutting their energy bill by thousands of dollars over twenty years. Those energy savings more than making up for the small increase in the mortage payment (less than $50/month).

Fact: It’s easy to slap down hundreds of panels in an open field, but ratepayers have to foot the entire bill, plus it’s expensive to buy the land and ship the energy over long-distance transmission lines. It’s actually cheaper to ship energy that’s already made locally, on rooftops that are already built, paid for by private individuals rather than ratepayers. In reality, we need both, and SMUD should stop trashing rooftop solar.

SMUD Claim #6: SMUD believes that we need both rooftop and large-scale solar, and is encouraging both.

Local residents push back, and reveal the root of SMUD’s problem

In addition to the hundreds of written comments sent by people across the state, over fifty Sacramento residents packed the CA Energy Commission and SMUD Board meetings respectively last Thursday. Especially inspiring were the the three dozen young people in yellow t-shirts with sayings like: “Let the sun shine in”.

Many of them argued that SMUD should be figuring out how to close down its five fossil fuel power plants rather than scheming to discourage people from making their own clean energy at home.

One of the highlights of the evening was when one clever speaker got SMUD Board President Rob Kerth to admit in front of everyone that when people choose rooftop solar, it means SMUD will build less solar farms.

On the one hand, that’s good, in the sense that it reveals what we know – when people choose rooftop solar, it saves the overall electrical grid money because the utility doesn’t have to spend as many ratepayer dollars on expensive infrastructure. Which makes it all the more ludicrous to discourage rooftop solar.

On the other hand, Mr. Kerth’s response also reveals a small-ness in SMUD’s approach. With electricity use rising at the same time we also need to rapidly transition away from fossil fuels, we need orders of magnitude more clean energy, both large-scale and rooftop. There should be almost zero competition between the two. But when pressed, SMUD’s leader indicated that they actually see this as a zero-sum game, and also clear which type of energy they favor.

That is not the perspective that will meet our societal current challenges, that’s for sure.

Last week was a setback, but the larger fight is bigger than SolarShares.

At some point, SMUD and other utilities will have to answer for the fact that California is planning to get 100% of its electricity from clean sources by 2045. That means the amount of clean energy will have to increase many times over what we have now.

California can’t meet its clean energy goals simply from large-scale sources. There isn’t enough open space, and the cost and risk of doubling down on long-distance transmission lines is too great.

The bottom line is that the state needs its residents to choose solar and battery storage. That’s good because people want solar, whether because of the energy savings or because they want to do their part to reduce their burden on society.

Solar Rights Alliance supporters, and our allies in other organizations are doing a great job pointing this out to the decision-makers. We need to keep at it, and hold them accountable for doing the right thing.

If you have any questions contact us at info@solarrights.org or schedule a short call using this link.

Los Angeles Times: California, don’t back down from your own rules requiring solar panels on new homes

Solar Rights Alliance’s formal letter of opposition to the CEC