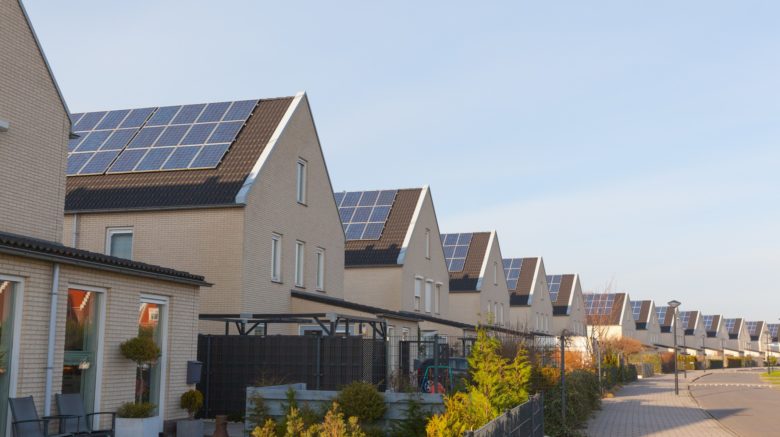 In March 2019, SMUD proposed charging its solar customers an average of $40 to $60 per month. They canceled the proposal after a public outcry. SMUD then promised to conduct a public process to determine its solar policies for the future.

Even as that process unfolds, SMUD keeps doing things that block people from making and storing solar energy on their property.

Here is a running list of SMUD’s anti-solar activities:

1) They lobbied to defeat the “Solar Bill of Rights”, which would have banned anti-solar fees statewide

In 2019, SMUD actively lobbied state lawmakers to defeat The Solar Bill of Rights. The legislation would have protected your right to make and store solar energy on your property. It would have also banned exact kinds of anti-solar fees SMUD proposed and supposedly disavowed.

More about The Solar Bill of Rights

SMUD’s letter of opposition to the Solar Bill of Rights

SMUD pushed and got approval to effectively gut the state’s new plan to put solar panels and batteries into new home construction. SMUD’s program, called SolarShares, effectively prevents solar from being installed on thousands of new homes for twenty years.

More about SMUD’s program to keep solar off new homes

3) They block people from installing the solar they need

Even if you are willing to spend more money to make more solar energy, SMUD will only let you install solar equal to how much energy you used in the past. That’s true even if you are planning to increase your electricity use through an electric car, water heater or stove. This policy discourages people from switching to cleaner electric appliances and cars.

SMUD recently defended their policy, saying they will waive the policy if a homeowner shows proof of purchase of an electric car or other appliances that will increase electricity use. But that excludes the majority of people who choose solar before they have the cash to buy those additional appliances or cars. Our view: you should have the right to make as much solar energy as you are willing to pay for without red tape.

SMUD won’t let residents of apartments, condos, townhouses easily share the bill savings of solar produced on the property (called Virtual Net Metering, or VNEM). Even the three other major California utilities allow for this.

Another consequence of not allowing for VNEM is that it is impossible to develop “Community Solar” projects in the community that residents can buy into and receive the same benefits as if the solar was on their rooftop. This would expand solar options for those who can’t install solar on their roof, for whatever reason.

5) They repeat unsubstantiated claims about solar, misleading the public and decision-makers

When pressed to back it up last March, SMUD responded by saying that because rooftop solar users buy less electricity from SMUD, other ratepayers have to pay more.

By that logic, then anyone who lowers their heat, buys LED lightbulbs, retrofits their water heater and upgrades their HVAC is also responsible for spiking electricity rates.

It’s super disappointing that SMUD perpetuates the rooftop solar smear. We expect that from PG&E, not SMUD.

SMUD’s letter of opposition to the Solar Bill of Rights

SMUD customers are pushing back. Here’s how it’s going.

Local solar users are organizing to convince SMUD that rooftop solar is a good thing, and should be encouraged, not discouraged.

What’s notable is that they’re not just saying “no”. They’re also putting constructive ideas on the table and asking SMUD to give them serious consideration.

Solar users recently submitted an innovative blueprint for SMUD’s future. The premise is that SMUD should stop fighting rooftop solar, and instead partner with rooftop solar customers to help SMUD meet the region’s future energy needs.

The blueprint argues that by supporting everyone’s right to make and store solar energy on their property, SMUD can deliver several wins for the entire Sacramento area:

1) Reduce costs. The more people both make and store solar energy with their own money, the less SMUD has to spend building and maintaining distant power lines and energy farms with ratepayers’ money.

2) Ensure reliable electricity even in an emergency. Even if just 25% of the community made and stored solar energy, there would be tons of extra energy to share with the rest of the community when it needs it, any hour of the day, even if most of the other power lines are down.

3) Help the environment. The state has committed to getting 100% of its electricity from non-fossil fuel sources by 2040. That’s a huge amount of dirty electricity we have to find a replacement for. What’s more electricity use is only going to increase as more people switch to electric cars, heaters and stoves. There isn’t enough land to get all of this electricity simply from huge wind and solar farms. Our rooftops and carports are essential to meeting this goal.