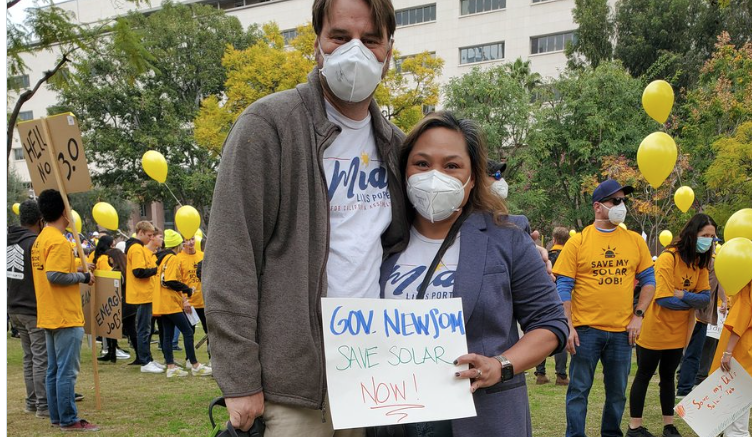 1) Mia Livas Porter is running to replace incumbent Assemblymember Wendy Carrillo, who is leading the utilities’ attack on rooftop solar in the Legislature.

2) In sharp contrast with the incumbent, Mia has demonstrated herself – in both words and actions – to be a vocal supporter of the right to make solar energy without unreasonable interference by the utility.

3) Mia is running an impressive grassroots campaign, with lots of volunteers canvassing and engaging in other outreach activities.

Mia is not a career politician, but does have significant life and activist experience, and is putting that to good use on her campaign. We need more people like Mia in Sacramento.

We understand that a candidate’s position on rooftop solar may be just one of many criteria that you may have when casting your ballot. We evaluated Mia only on the basis of her rooftop solar stances. With respect to rooftop solar, Mia is the clear choice. You can learn more about Mia’s other stances at her website.

There are three ways AD 52 constituents can support Mia

This blog post was paid for by Solar Rights Alliance