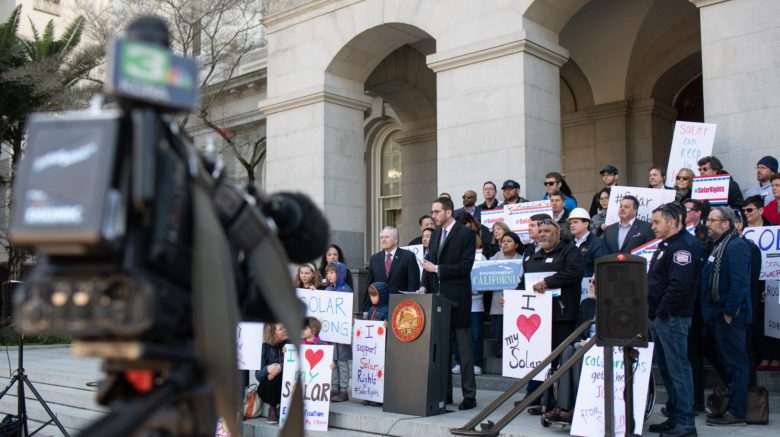 The Solar Bill of Rights campaign is officially live! A great crowd of solar homeowners, farmers, businesses and workers joined the bipartisan duo State Senators Scott Wiener and Jim Nielsen on the steps of the State Capitol on Feb. 19th to announce the introduction of the Solar Bill of Rights. Here’s five takeaways:

1) The right to make and store your own solar energy on your property is not currently guaranteed. In 2016, we fought off a utility attempt to take control of people’s solar energy, but the people of other states haven’t been so lucky. The Solar Bill of Rights (Senate Bill 288), will change all that.

2) PGE may seem on the ropes, but the utilities are still working hard behind the scenes to make it harder and more expensive to choose solar. In the past three years alone, we’ve seen the utilities lobby to hit solar users with more fees, cut the net metering credit, and throw red tape in the way of residents and businesses trying to choose solar. We expect them to keep the attacks up.

3) The Solar Bill of Rights is bipartisan. We’ve always known that Californians of all beliefs have chosen the savings, freedom and independence of solar, and dislike many of the actions of the utility monopoly. Still, it is great to see a Democrat (Wiener, below, standing right) and a Republican (Nielsen, speaking left below) join forces to defend our freedoms. 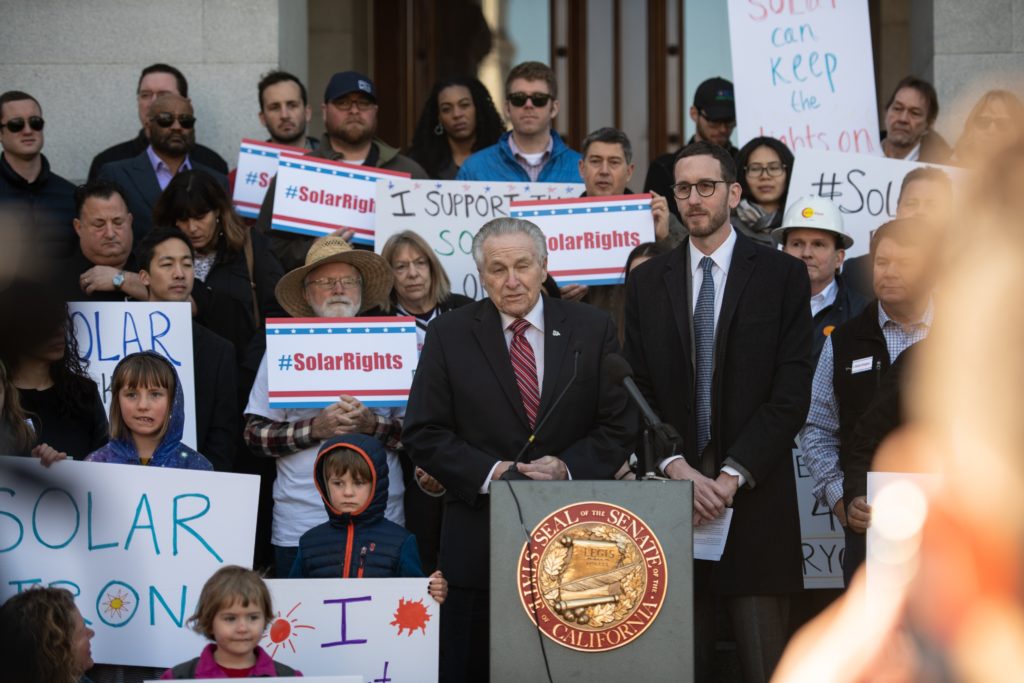 4) This is a people-powered campaign – powered by your voice. Yesterday’s highlight was hearing from a Central Valley farmer, a school official, and a homeowner about why they support the Solar Bill of Rights. Now it’s time for lawmakers to hear from you — have you emailed them yet?

5) The kids were adorable. Any explanation needed? 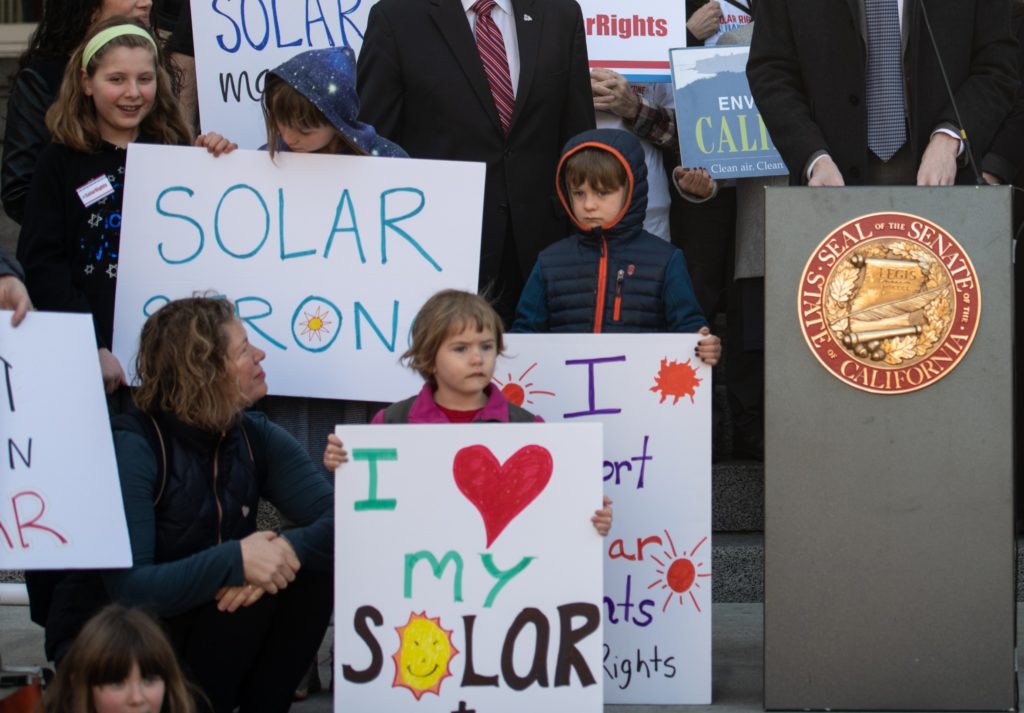 Ask your lawmakers to support the Solar Bill of Rights

Watch footage and news coverage from the kickoff

More about the Solar Bill of Rights (Cliff Notes version)