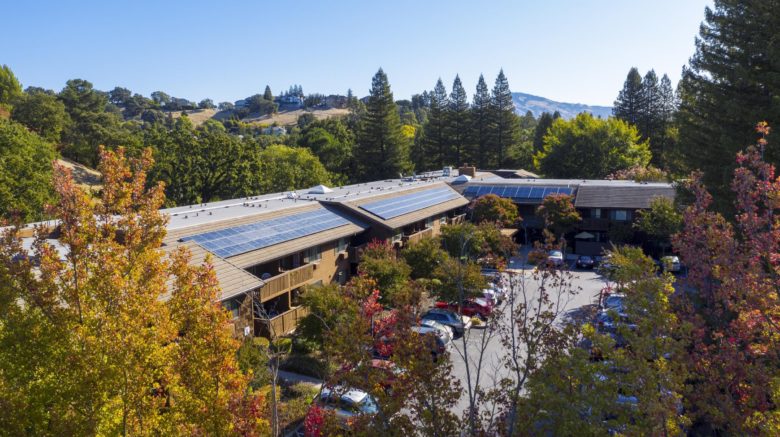 The Utility Reform Network (TURN) has been an advocate for ratepayers, lobbying the CPUC to keep utility bills low. TURN’s fight has been an uphill battle, as California’s crazy high electricity bills indicate. But TURN certainly gets an E for effort.

Unfortunately, TURN is now using their reputation to attack rooftop solar, using the same arguments as the utilities. They support the CPUC’s proposed decision to impose a solar tax and slash the credit solar users receive for sharing their extra energy with the community. They also support the CPUC proposal to reduce protections for existing solar users. They are so close with the utilities on this issue, that SDG&E referred to them as their “surrogate” in a recent news story.

We and others have documented how TURN has latched onto the utilities’ questionable accounting methods to go after rooftop solar. Here is our white paper on the topic, and a guest post from Bill Powers of Protect Our Communities Foundation.

The unfortunate bottom line is that TURN grossly misrepresents the facts when it comes to rooftop solar and batteries. And, they are quite aggressive in doing so. For example, here are some of TURN’s campaign materials, annotated by us.

TURN appears to believe, against all facts, that there is no consequence to killing off rooftop solar

The entire debate is worth a listen, but the very end reveals TURN’s worldview in a nutshell. At the 48:18 mark, the interviewer asked TURN’s Freedman:

Are you concerned that the current proposal as purported by the CPUC won’t achieve any of the goals that you’ve talked about, and what it would do it plummet the rate of new solar installations?

His answer, edited for length:

As a general matter, we think that the proposal by the PUC goes in the right direction…we’re going all the way to decarbonization in the state regardless of what happens with net metering.

TURN’s admission is amazing, considering the state itself says all forms of renewable energy must triple for California to reach its clean energy goals. This includes rooftop solar.

But in TURN’s mind, it doesn’t matter if rooftop solar dies. To them, there is no consequence.

This is all from the people who are supposed to be the experts.

The CPUC itself admits that the culprit for out-of-control consumer electricity bills are long-distance power lines. Ratepayers were charged $9 billion last year alone to maintain and build long-distance power lines, and for “wildfire mitigation”. Utilities get guaranteed profits from ratepayers for all of this spending, a perverse incentive that is the root of the problem. See our fact sheet for source, footnote 16.

But instead of going after these perverse incentives, while also empowering everyday consumers to reduce the size of the grid by making, storing and sharing local solar energy, TURN has chosen to kill off consumer access to rooftop solar and strengthen the utility monopoly.

TURN is out of step with virtually everyone

TURN claims they are pushing this to promote more equity. If that’s true, then why is TURN is out of step with the state’s leading consumer advocacy organizations like Consumer Watchdog and CALPIRG, environmental justice and immigrant rights leaders, over 600 environmental groups, cities, schools and businesses, and over 130,000 members of the public?

We don’t know why this well-regarded consumer advocate went off the rails. One clue can be found by looking at their Board of Directors. The Chair of the Board is a former senior officer of the Utility Workers of America, which has a strong affiliation with PG&E’s labor union. It is no secret that PG&E’s labor union is bound by an agreement with PG&E to lobby the government against “competitive challenges” (p. 7) to PG&E’s business model. Indeed, in this Democratic-dominated state, PG&E’s union is the driving force that explains why popular rooftop solar is on the ropes in the halls of government. Does it also explain TURN’s stance against rooftop solar?

Regardless the answer, there is no doubt that TURN’s efforts are bolstering the utility campaign to kill rooftop solar, and if they succeed, the utility monopoly will be stronger than ever. So much for “utility reform”.