Local Community-Owned Utility Sets Stage For Battle Against Their Own Local Solar Consumers; Consumers Fight Back With Creative COVID-Safe Action

The Energy Resources & Customer Services Committee of the SMUD Board of Directors will hear a suggestion this Wednesday by SMUD staff to slow the growth of local solar installations by SMUD customers by cutting the credit solar users receive for sharing their extra solar energy with neighbors (net metering). Such an action will destroy one of the state’s largest local solar markets and jeopardize the SMUD Board’s new goal to fully decarbonize by 2030.

“This attack on local solar will come in the form of a staff report that grossly undervalues rooftop solar and storage through omissions and misleading headlines,” said Lee Miller, SMUD customer and local solar user from Elk Grove. “SMUD staff stubbornly stuck to their flawed methodology despite an avalanche of community opposition to their draft report.”

California is burning. The state has been ripped by rolling power outages. Winds threaten to worsen wildfire conditions. SMUD has a new goal to be fossil fuel-free in ten years. Now is not the time to put the brakes on any form of clean energy, especially local solar and battery storage that captures consumer investments in critical clean energy infrastructure. SMUD’s solar report sets a bad precedent by:

“It is now obvious that SMUD’s staff are hopelessly captured by an antiquated monopolistic mentality that is incapable of imagining a world in which a significant portion of the public makes their own clean energy for the greater good,” said David Rosenfeld, Executive Director of Solar Rights Alliance, “If unchecked by SMUD’s elected Board of Directors, the collateral damage will be the certain failure of SMUD to reduce its climate change pollution to zero, as well as more vulnerability to power outages and skyrocketing energy prices for the public.”

Wednesday, September 16, 5:30pm. The meeting will be streamed online through this link.

To protect themselves from COVID and dangerous air quality, activists are staging a visual protest outside of SMUD headquarters. A ten foot diameter yellow parachute representing the sun will be spread out on the plaza, ringed by t-shirts representing the numerous activists who would be there if climate-change induced pollution did not present an imminent health hazard.

Artist rendition of what birds-eye view of protest will look like: 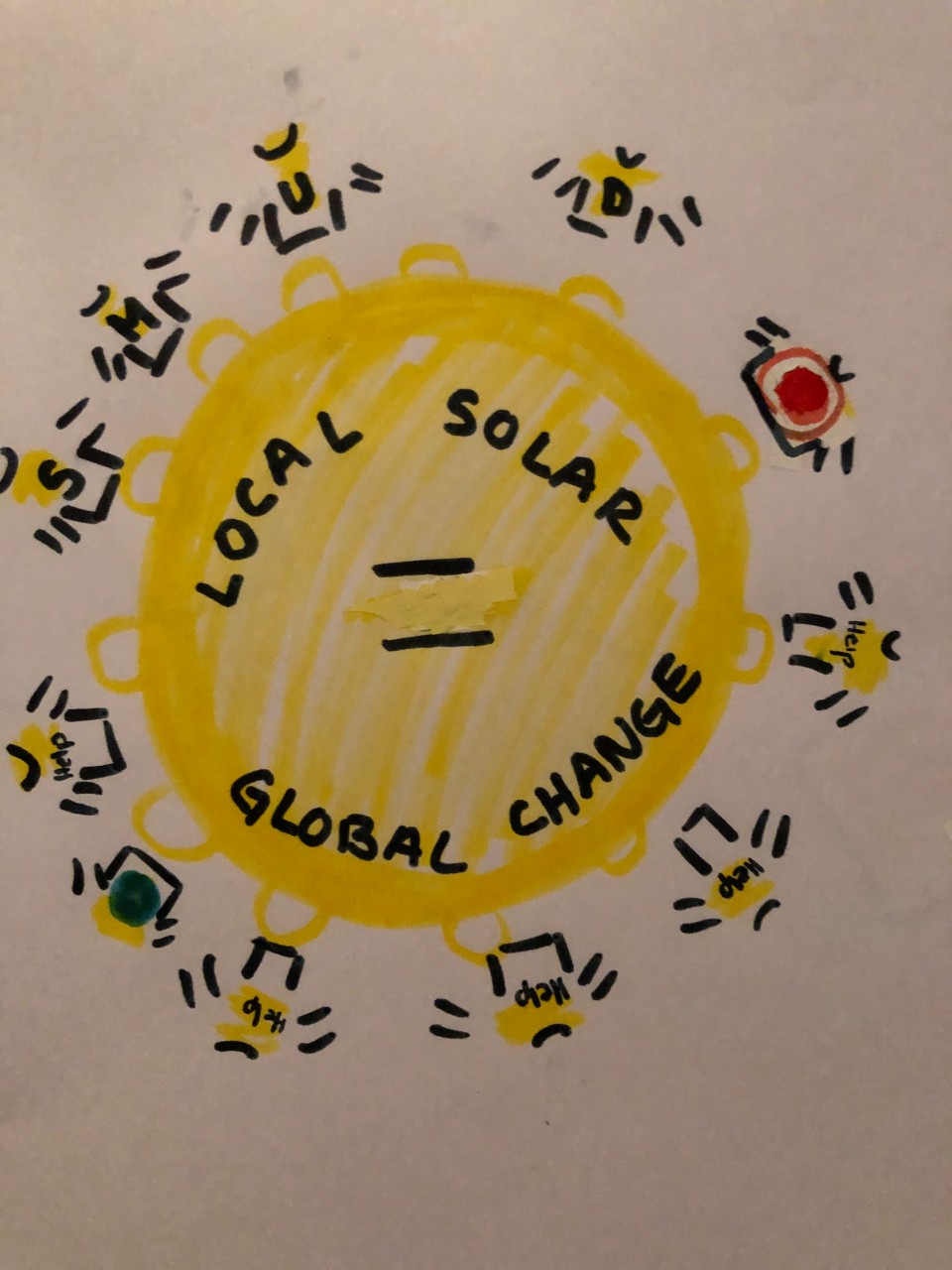