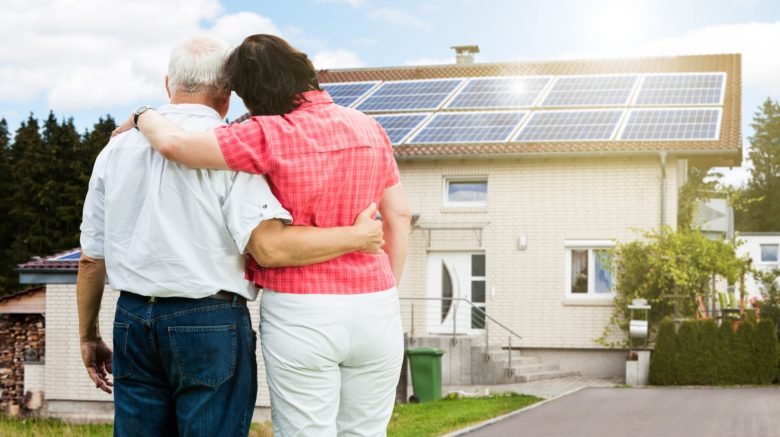 The national association of senior citizens, AARP, recently doubled down on their confused position about rooftop solar. In doing so, AARP remains aligned with PG&E and the other California utilities’ efforts to double the cost of rooftop solar. This is unfortunate, and against the interests of senior citizens and all ratepayers suffering from blackouts and ever-increasing electricity bills.

In March, AARP filed an official brief to the CA Public Utilities Commission (CPUC) that repeated utility-invented claims against rooftop solar. They specifically target net metering, which allows solar users to share their excess solar energy with the community for a bill credit. AARP endorsed utility-backed policy changes that would double the cost to install solar panels. This would effectively put solar out of reach for middle and working class people and seniors looking to protect their retirement savings.

AARP’s position conflicts with the interests of senior citizens. We know from experience that many seniors on a fixed income install solar panels to protect their retirement savings from ever-increasing utility bills. Instead of siding with PG&E, AARP should be calling to dramatically expand access to rooftop solar.

A group of retirees launched a petition calling on the AARP to stop its damaging attack on rooftop solar. 1,521 people have signed the petition as of this writing.

AARP initially denies having a position, despite being on record

AARP initially responded to the public outcry by denying they had a position on rooftop solar with the CPUC. We know this because a number retirees who wrote to AARP shared the organization’s response with us.

AARP then doubles down on their position

Since AARP is already on record with a clear utility-aligned position against rooftop solar, it didn’t take long for the organization to take a different tack – a blog post that attempts to explain their stance.

If AARP did their homework, they would have followed that with a call to end the perverse incentives at the root of skyrocketing electricity bills — utilities making a guaranteed profit from every dollar they spend on long-distance power lines. They would lay out how rooftop solar reduces the cost of the electrical grid. Get on board to help more working class people get solar and batteries. Push for more microgrids and virtual power plants to reduce blackouts for vulnerable seniors.

Instead, AARP doubled down on the false, debunked claim that rooftop solar is the culprit for rising electricity bills. Actually, rooftop solar reduces the cost of the electricity grid, saving all ratepayers billions of dollars a year.

AARP appears confused about the cause of skyrocketing electricity bills

This confusing sentence reveals a lot about AARP’s handle on the matter:

“[Net metering] results in higher electricity service rates being charged to non-solar customers. This is because electric utilities are currently allowed by the state to collect a set amount of revenue for providing service, regardless of which customers they require to pay for it.”

Message to AARP: people are suffering from high electricity bills not because of rooftop solar, but because, as AARP themselves wrote, “electric utilities are currently allowed by the state to collect a set amount of revenue for providing service, regardless of which customers they require to pay for it.”

AARP seems to get it, but then they don’t get it. Why are they not trying to end the utilities’ perverse profit incentive? Why are they instead going after rooftop solar – the one thing that actually is mitigating these out of control costs?

In attacking rooftop solar rather than the perverse profit incentives that let utilities gouge consumers year after year for excessive grid infrastructure, AARP puts itself against the facts, and the interests of their own membership. These are working class people on fixed incomes who cannot afford to be continuously gouged by their utilities. They are flocking to rooftop solar in droves to protect their retirement.

And they overwhelmingly support more rooftop solar, whether or not they have solar themselves. A January public opinion poll showed that Californians over 60 oppose reducing net metering credits by an overwhelming 74%, the highest opposition of any age group.