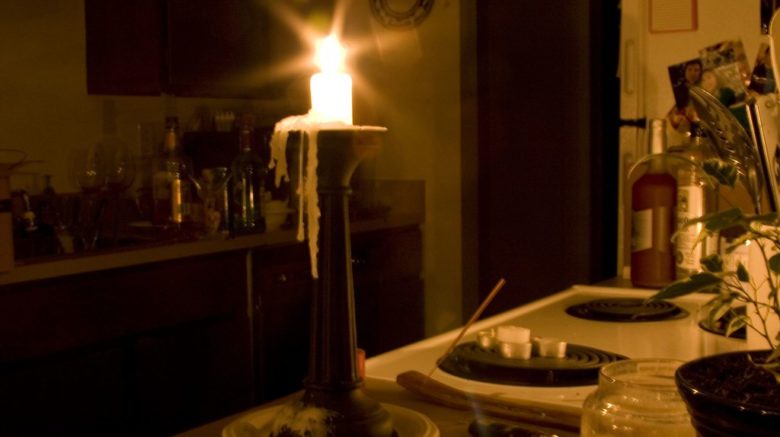 We have four take-homes from this week’s PG&E power outage:

Outage take-home #1: Our electrical grid is fragile. Solar and battery storage should be a key strategy to move us forward

To keep the lights on during California’s blackouts, people are using solar power

“Between the solar and the batteries, we could go on indefinitely as long as there’s some sun,” says architect Richard Schuh, who lives and works in the hills north of the town of Sonoma in an area without power. He and his wife now rely on a Tesla Powerwall connected to the solar panels on their roof. They decided to install the system after a major fire in 2017 blazed through their property, sparing their house but taking out power for three weeks.

From the LA Times:

“Will the current outages be a pivotal moment in transforming California’s power grid? If so, the transition will likely include Californians generating power closer to their homes via solar panels and wind generators. It will also include communities building microgrids, distinct power systems that can operate independent of massive utilities like PG&E, a behemoth that serves 16 million people spread across 70,000 square miles of Central and Northern California.”

Outage take-home #2: The relentless utilities attack on solar is outrageous

The vision of a solar-powered future is so close, many of us can taste it. Which is why the utility attack on solar is so maddening. The attacks can be boiled down to these five things:

In general, fixed charges discourage people from doing the right thing – using less energy. Why should someone try to use less energy if they have to pay a bunch of money to the utility anyway?

Utilities are now going further, trying to hit solar users with discriminatory, extra monthly fees. These fees punish solar users for reducing their burden on the grid. It would be the same as charging you a penalty for switching to LED lightbulbs, or increasing the insulation in your home.

In March we helped solar users stop an awful proposal by the Sacramento utility (SMUD) to charge solar users $60 a month or more just for having solar. Now we’re helping San Diego Gas & Electric customers fight a proposal to quadruple their monthly bill.

Cuts to the credit solar users receive for their solar energy

We’re bracing for an all-out statewide attack on the net metering credit by the three major statewide utilities.

Meanwhile, the Redding utility just tried to slash the credit their solar customers from the retail rate to just $.03/kilowatt hour. A public outcry prompted their City Council to delay the decision. That’s good, but only underscores how utilities of all sizes are trying to kill net metering.

There’s no better way to illustrate this than to hear it from solar users:

Lobbying to keep solar off of newly built homes

SMUD, the Sacramento area utility, just proposed to essentially gut the state’s new “Solar Homes plan to put solar panels and batteries into new home construction. SMUD’s “alternative” plan instead locks new homeowners into being 100% dependent on SMUD for at least twenty years, and denies thousands of new homeowners and renters the savings and security of rooftop solar and battery storage.

Misinformation about solar to powerful lawmakers, backed up with massive campaign contributions

The utilities often make the unsubstantiated claim that rooftop solar increases electricity costs for non-solar users. The claim is bunk.

When pressed to back it up, the utilities typically say that because rooftop solar users buy less electricity, other ratepayers have to pay more. If that’s true, then pretty much anyone that lowers their heat, buys LED lightbulbs, retrofits their water heater and upgrades their HVAC is also responsible for spiking electricity rates.

That’s obviously nuts. The problem isn’t solar, it’s the utilities’ unwillingness to calculate the numerous benefits that rooftop solar brings to the community. When the state officials who run the electricity grid did this in 2018, they estimated that rooftop solar (and efficiency) saved the state an eye-popping $2.5 billion in avoided transmission line upgrades.

That’s just one example of how solar saves everyone money. Here are eight ways solar accomplishes this end.

Almost every utility is complicit in these attacks, including private utilities like PG&E, San Diego Gas & Electric and Southern California Edison.

But it also includes the public utilities like the Sacramento Municipal Utility District (SMUD), Redding Electric Utility, Glendale Water and Power and more. Here’s letters of opposition to the Solar Bill of Rights from SMUD and the association of SoCal utilities.

Outage take-home #3: State lawmakers had a chance to stop the utility attacks. They listened to the utilities instead. Whoops.

If you read one thing, check out this letter that five pro-solar State Senators sent to one of the most powerful lawmakers in California, Senator Toni Atkins this year. The letter makes a detailed case for why a “wildfire prevention plan” must help more people make and store energy on their property.

“The better way forward includes improved and expanded use of Distributed Energy Resources (DERs). Use of DERs can obviate the need for expensive infrastructure upgrades…Even more importantly, resources such as rooftop solar paired with onside energy storage can also keep the lights on at times when power would be otherwise unavailable.”

It’s an awesome letter, and was ignored by Senator Atkins and other powerful lawmakers. Our blow-by-blow of this year’s Solar Bill of Rights campaign outlines how thousands of solar users and a few courageous lawmakers took on the utilities this year, and lost…for now.

Of course, we ain’t giving up. That’s why we’re bothering to write this post to begin with!

Outage take-home #4: There is always redemption. Here’s three actions state officials should take to protect the public from future blackouts.

Last September, lawmakers extended the consumer rebate for installing battery storage (called the Self-Generation Incentive Program or SGIP).  This should be huge. The storage rebate will help drive down the price so it becomes more affordable for the masses.

There’s many more ideas on how we can accelerate the pace of solar and storage and we’ll keep sharing them in this pages!